Shiba Inu [SHIB]: Watch the burn and find out who these new holders are

SHIB’s community keeps burning Shiba Inu to reduce its circulating supply and thus, take the coin’s price to new highs. Has there been any price uptick? Yes. The altcoin noted a 3% surge on CoinMarketcap as it traded around the $0.00001 mark, at press time.

Now that the price did increase, some burning mechanism would indeed have taken place.

SHIB burn tracker with its own website, Shibburn, recorded the aforementioned surge in burning tokens. Over 24 hours, a significant chunk of the cryptos have been burned as per the platform. In fact, the SHIB community managed to destroy 518,535,618 canine crypto-tokens over the aforementioned period.

This represented a 150% hike, when compared to the previous 24-hour period of burning. 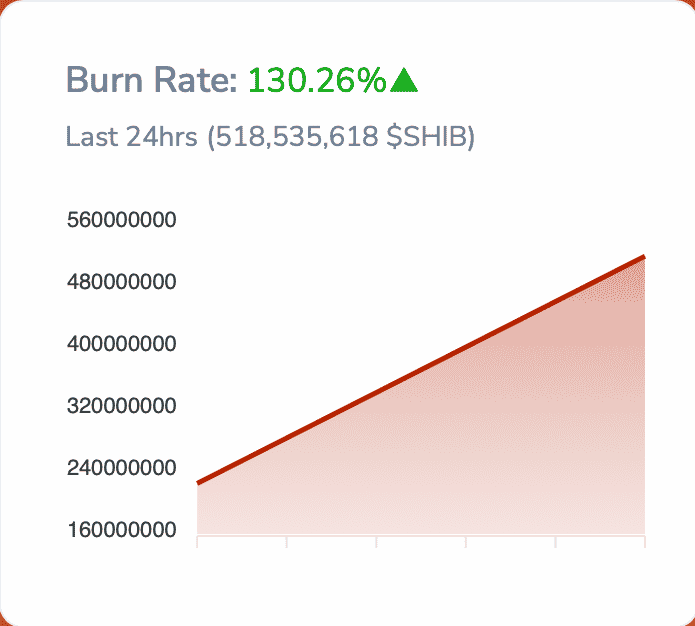 Overall, (from initial supply) 410,375,666,671,638 SHIB have been sent to dead end wallets as seen on the said platform. The rising demand from the largest ETH whales made the aforementioned burning mechanism more feasible.

As per the whale tracing site Whalestats, the top 100 ETH whales held more than $500,000,000 worth of SHIB. In fact, the flagship token still remains the coin on which Ethereum whales still make the highest bets.