From the highs of $68k to the sinking levels of $17k, Bitcoin has seen it all. The first half of 2022 has been a glaring reflection of the volatility trends of the crypto-economy. During this period, both internal and external factors were at play to conclude one of the worst half-yearly performances from Bitcoin.

This pattern was evident in Glassnode and CoinMarketCap’s new report too.

Back from the burrows

Despite its blemishes, the ongoing bear market remains the least severe in Bitcoin’s history from a drawdown perspective. However, the scale and the magnitude of the impact have been the largest to date. 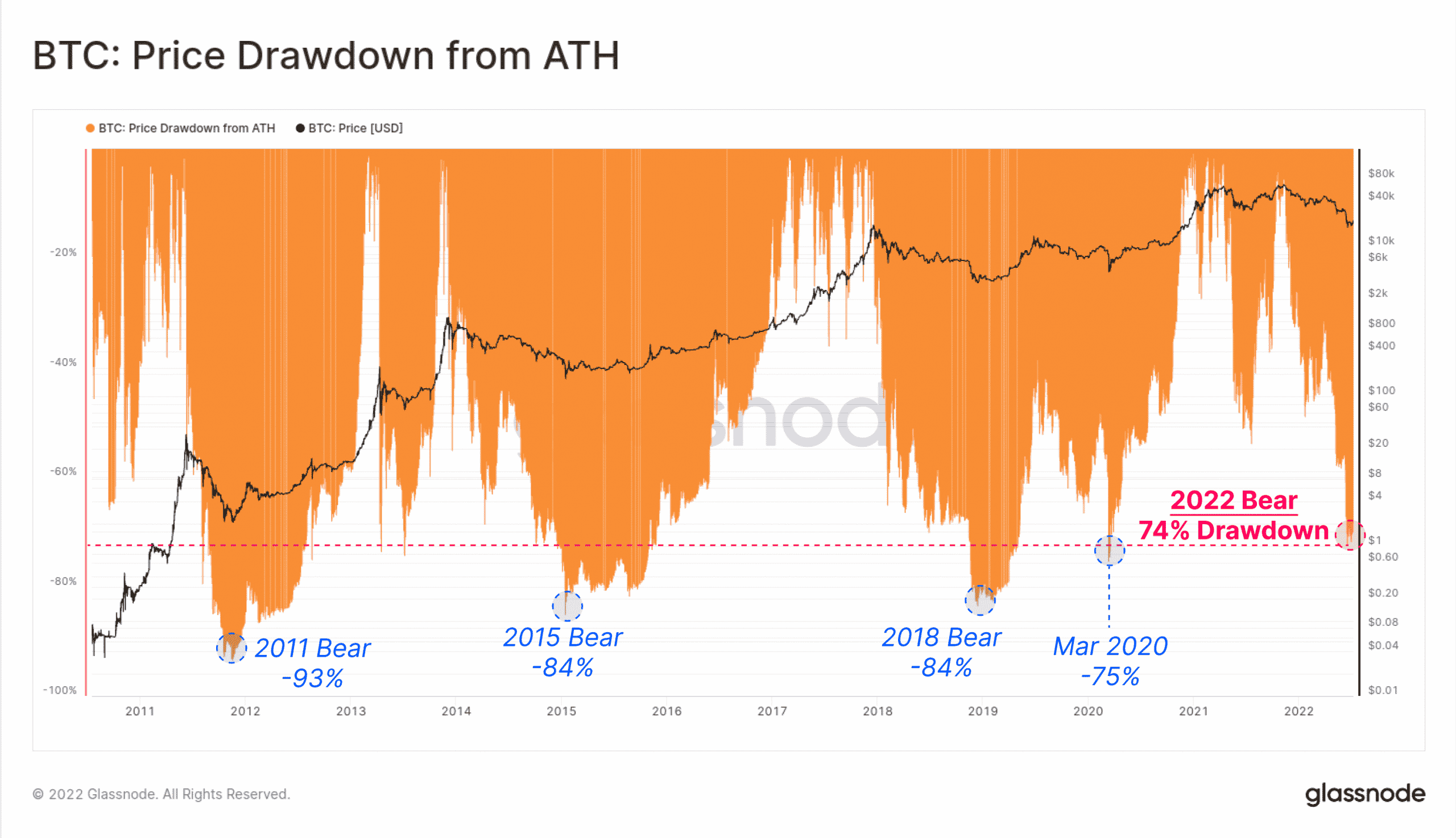 All historical Bitcoin bears have seen prices dip below the Realized Price for an average period of 180 days (excluding March 2020 which lasted just seven days). When spot prices trade below the realized price, the MVRV Ratio will trade below a value of 1.

This is usually a sign that the average Bitcoin investor is holding coins below the on-chain cost basis. By extension, it means they are carrying an unrealized loss.

Historically, Bitcoin bear markets see BTC prices dip below the Realized Price for around six months (except for the March 2020 bear cycle). At the same time, the MVRV has been ranging below 1 for most of 2022. This is indicative that average Bitcoin holders are carrying unrealized losses. 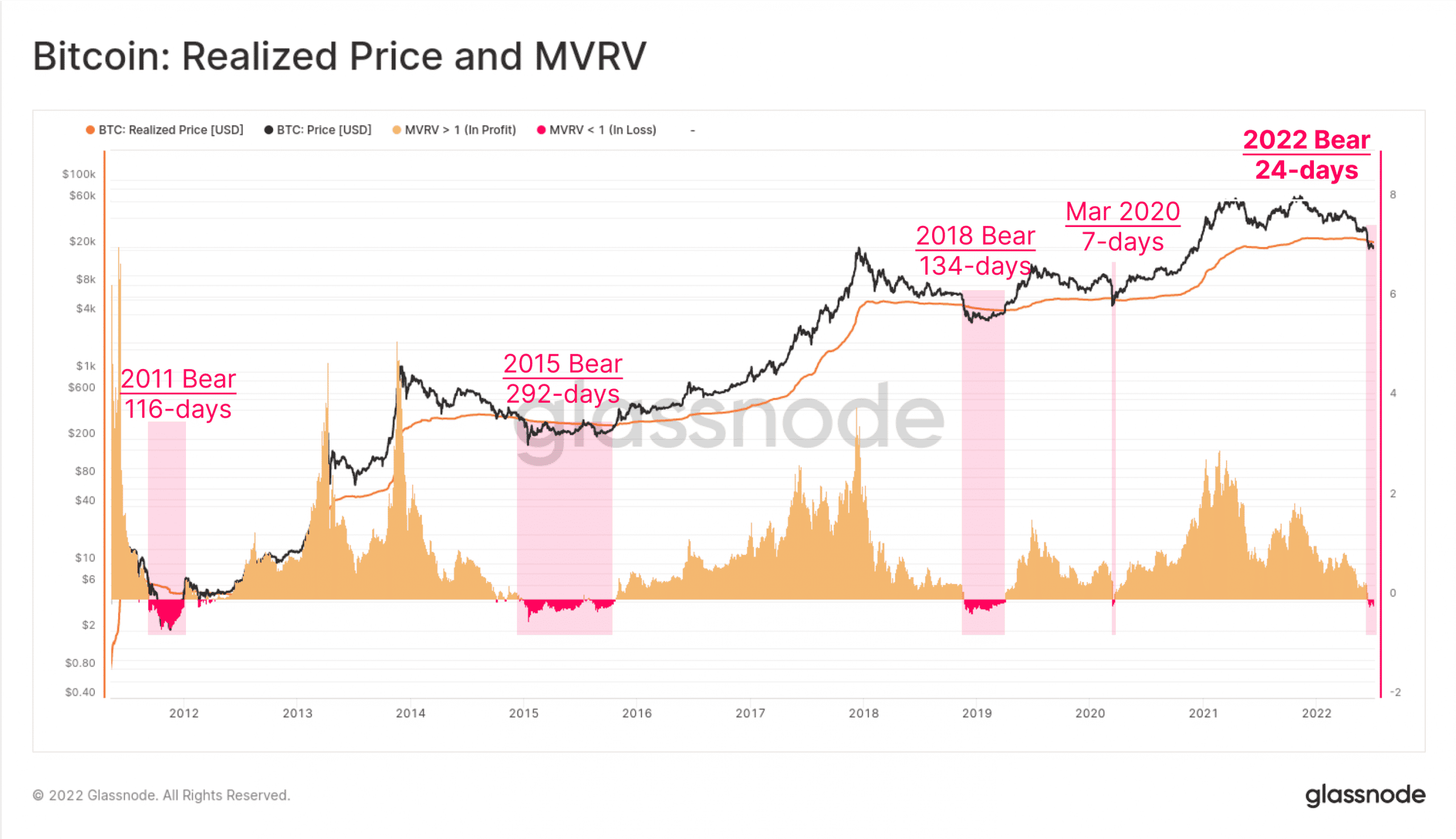 The following is another metric that will help in understanding the realized profit/loss after the November 2021 ATH. Since then, Bitcoin has seen four major days of “capitulation”. In December 2021 and January 2022, the market saw two deleveraging events. These days realized net losses of $2.18B and $2.51B.

Then again, during the second quarter, there were two major blackout events. During this period, the LUNA collapse proved to be the catalyst for the events to follow.

Bitcoin investors realized net losses in excess of -$6.21B over a three-day period. Then again in June, as the price shed to $17.6k, a new record of on-day realized losses was set at $4.23 billion. 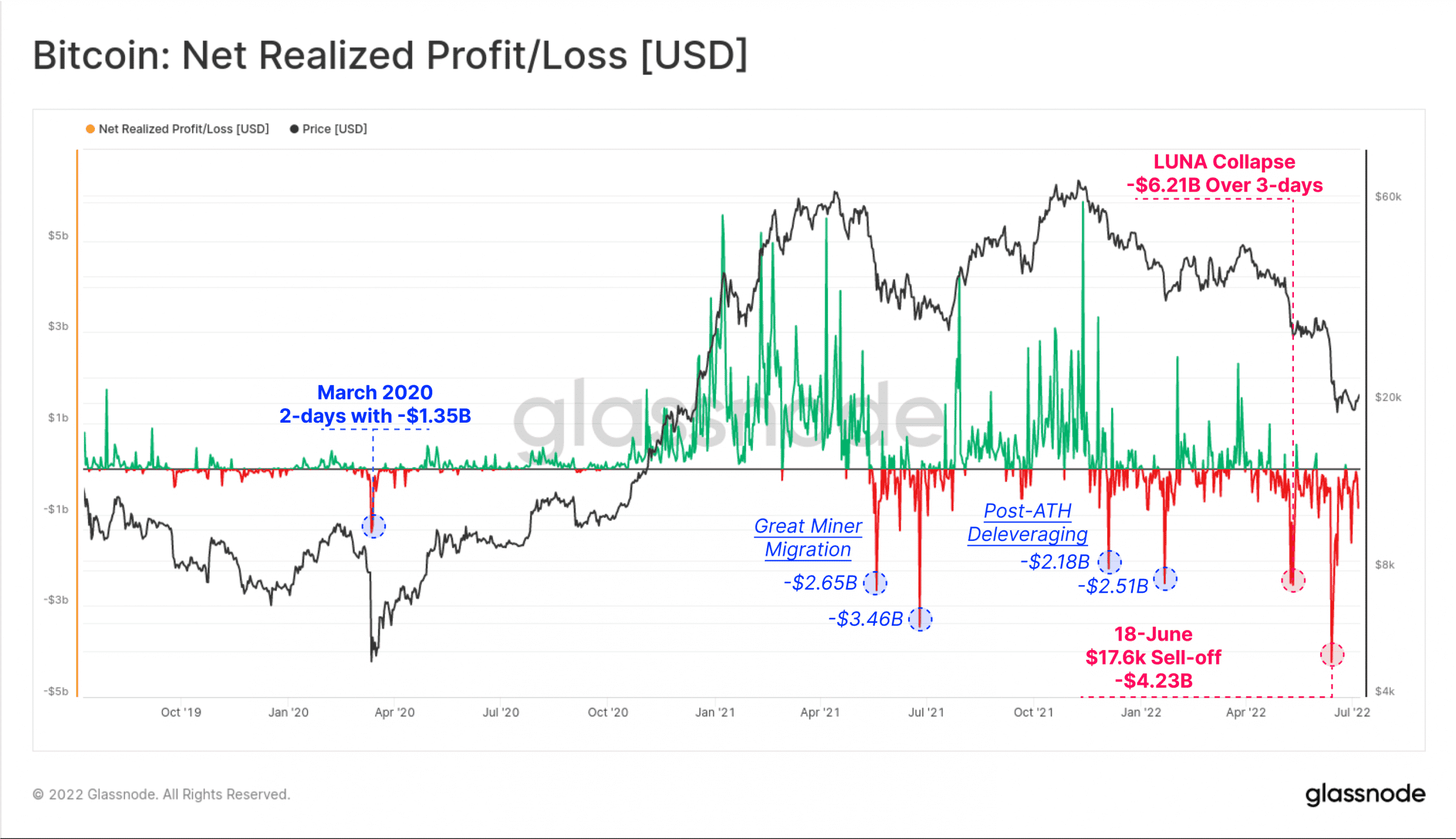 So, where does Bitcoin head from here? At press time, it was trading just below $23,700, seeing a spike after the Fed’s raised interest rates. The overall market has seen somewhat of a resurgence recently. There is renewed intent in the market with trader optimism running high.

Only time will tell whether it’s one to last.